Black History Month: A Brick in the Foundation of Equity 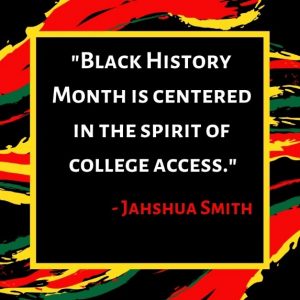 The spirit of Black History Month has been ingrained in my cultural and academic upbringing since the earliest days of my childhood. I reflect upon those early roads that would lead me to Michigan State University as a second generation student (my mother, Kyle Smith, is an alumnus) while having a clear sense of my identity and culture, and the knowledge to honor those African-Americans before me with the power and courage to forge a path that not only allowed me to attend a university one day but to also be in the position now to advocate for greater equity in the field of education – specifically in the Metro Detroit region that serves as my hometown.

I vividly remember my studies at Bates Academy in Detroit as an elementary student, being introduced to Black History Month through a game show called “Bates Battle” where we formed teams to compete against each other based on trivia about Black pioneers. That incentive to study more about my culture, (albeit for bragging rights) helped reaffirm the desire I had to learn more about its surrounding history. Pairing that with a litany of books, articles, and other resources I could find at my disposal at home, I had an enhanced understanding of the African diaspora even at a young age. It was over time that I’d realized how anomalous that understanding had been compared to some of my friends. By the time I’d made it to MSU, I’d realize just how many Black students grew up learning so little about the efforts and achievements of their ancestors.

Black History Month is centered in the spirit of college access – an initiative ascending from the establishment of Negro College Week, created by historian Carter G. Woodson and intended to be celebrated in the second week of February. It would take 44 years between that announcement in 1926 and the first celebration of Black History Month, proposed by Kent State University in 1970, for a month-long calling of educators instituting, and adhering to, a curriculum centered on Black history. 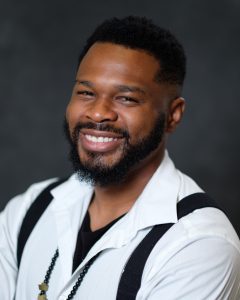 When we speak to the idea of equity, fairness, and impartiality, providing just a month alone to assert the idea of an integrated curriculum in schools still falls short of that balance. While knowing the road ahead of us, it’s important to note the existence of Black History Month as a precedent aimed to hold entire departments of education accountable on a statewide level, then push them to continue to develop changes that will serve students regardless of their race, creed, gender, identity, or economic status.

Continuing our mission to increase college readiness, participation, and completion in Michigan – particularly in this instance thinking about students of color – it is important to understand the impact of resources that expose students to a more inclusive curriculum from early childhood through high school. That is why we celebrate the spirit of Black History Month every year.

Jahshua serves as a program supervisor of AdviseMI for Metro Detroit. In his role, he works to enhance the training and professional development of college advisers in Metro Detroit in an effort to ensure high school students are college and career ready. Prior to joining MCAN, he worked as a behavior treatment specialist, supervisor and residential counselor for Highfields Inc., while also serving as program director for All of the Above Creative in Lansing. Smith has a bachelor’s degree in broadcast journalism from Michigan State University.