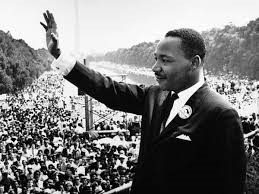 In many ways, it’s hard to believe that we are just more than 50 years beyond the Civil Rights Movement. Ruby Bridges is just 65 years old. Dr. Martin Luther King, Jr. has been gone for 52 years, this April. As we mark his birthday today, it’s important to reflect on where we’ve been, where we are today, and how much work we have left to do.

Dr. King’s legacy in education equity, fighting for access and equality for underserved populations, is deeply rooted in the work we do in ACT’s Center for Equity in Learning and the American College Application Campaign (ACAC). Dr. King imagined a nation where all people were treated equally and had an opportunity to succeed. And we do, too.

Today, when segregation continues unabated in U.S. schools, Dr. King’s work and legacy are threatened – and the quality and equity of education that our children receive is at risk. In fact, a 2019 report from the Civil Rights Project at UCLA found:

ACT has always had a strong commitment to education equity and ensuring that we deliver on our mission of education and workplace success for all people. Toward that end, in 2013, ACT launched a Distinguished Lecture Series in honor of Dr. Martin Luther King, Jr. that is presented on ACT’s Iowa City campus for ACT team members and community guests in celebration of Dr. King’s extraordinary legacy. Last year, Dr. Clayborne Carson, Martin Luther King, Jr., Centennial Professor of History and Ronnie Lott Founding Director of the Martin Luther King, Jr., Research and Education Institute, who shared insights from his incredible friendship with Dr. King and his family, and excerpts from King’s writings.

“King was a figure to look up to in both civil rights and academia,” said Reverend Al Sharpton, founder and president of the National Action Network. “Then, when you look at his values, he always saw education, especially in the Black community, as a tool to uplift and inspire to action,” Sharpton said. “It’s definitely no coincidence that a number of prominent civil rights groups that emerged during Dr. King’s time, were based on college campuses.”

As a voice of reason, a voice for change, and a voice for continued equity in education for all children, Dr. King and his legacy are worthy of honor not just today, but every day, as we work toward a more equitable society. We will continue to fight for students from underserved populations and deliver on the promise of Dr. King’s dream. Won’t you join us?