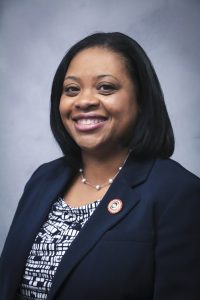 Several years ago, I saw this quote posted on social media in celebration of International Women’s Day. The quote resonated with me. I was reared by a strong woman. I have watched women bravely confront life-threatening diseases and unimaginable tragedies. I know women who are leaders in their communities and trailblazers in their careers. I am the mother of a smart, confident daughter. And, I have been mentored by women who have created incredible opportunities for me throughout my career. Each one shared stories, often about being the only woman at the decision-making table or balancing the demands of work and family. Recalling their experiences guided me when I found myself in the same position.

Today, the concept of mentorship is popular. High school and college students are often assigned mentors. New employees are regularly paired with more experienced ones. I’ve been assigned mentors. I’ve actively sought some. Two women chose to mentor me.

“You are always on a job interview. People notice the way you operate. They see your interactions with others. You never know what opportunities one of these people may offer or deny based on what they observe.”  These words came from a college professor. I was a sophomore in her course section of Introduction to Education. Our paths crossed again during my senior year when my student teaching placement was in the school where she was principal. Two years later, she became principal of the school where I was a teacher. I soon learned I had indeed been on an extensive, multi-year interview. My new principal had observed me over the years and saw potential. She told me she noticed my commitment to students and desire to learn more.

As principal, she allowed me to complete an administrative internship for my master’s degree. This allowed me to work closely with her and the other administrators at the school. I had a close look at the multiple, complicated facets of school leadership. She pushed me beyond my comfort zone. She seamlessly moved between kind encouragement and tough talk. Shortly after I completed my degree, she offered me my first administrative position. It was unusually early in my career to be considered for the job, but she persuaded the superintendent to make an exception. She believed in me that much.

I kept her lessons in mind as I managed my responsibilities as a teacher then assistant principal. I often thought about our conversations when I became principal of the largest school in the district. I was the second woman selected to lead the school. I was also the youngest person and first African American principal there. At that time, I was the only woman among the district’s high school principals. By then, my mentor had retired, but we kept in touch.

When I moved into higher education, another mentor chose me.  She was the only woman who was a part of the university’s senior administration. She exposed me to things I would not have otherwise seen as a brand new assistant professor. Because of my experience in K-12 administration, she thought it logical that I consider higher education leadership as well.  After three years, she supported my early promotion application and advocated for me to become the chairperson of the university’s Education Department. Even after she chose to return to a faculty position, she continued to provide insight and perspective while being careful not to come close to telling me what to do. Memories of our discussions were particularly valuable as I moved on to accept a dean’s position at another university.

Twenty-six years into my career, the encouragement of these women (and many more) has helped shape me into the woman I am today. Their influences inform the way I approach challenges and impact my leadership style. Because of them, I am intentional about the development of younger women (particularly women of color) who are interested in educational leadership. I choose women to mentor just as women chose me. As Maya Angelou taught us, “When you get, give, when you learn, teach.”

Ruth Ray Jackson, Ph.D. is associate vice president for academic affairs at Langston University, a historically black university (HBCU) located in Oklahoma. In this role, she leads the institution’s student success initiatives. She is the former dean of the School of Education and Behavioral Sciences there. She spent a decade as a high school teacher and administrator before transitioning into higher education.

Believe in Yourself and Know Your Worth
August 2022
Summer: Rest, Reflect, Reset
July 2022
Life is Like An Experiment
June 2022