By: Nycole Stawinoga, Program Manager, Research and Communications, Center for Equity in Learning 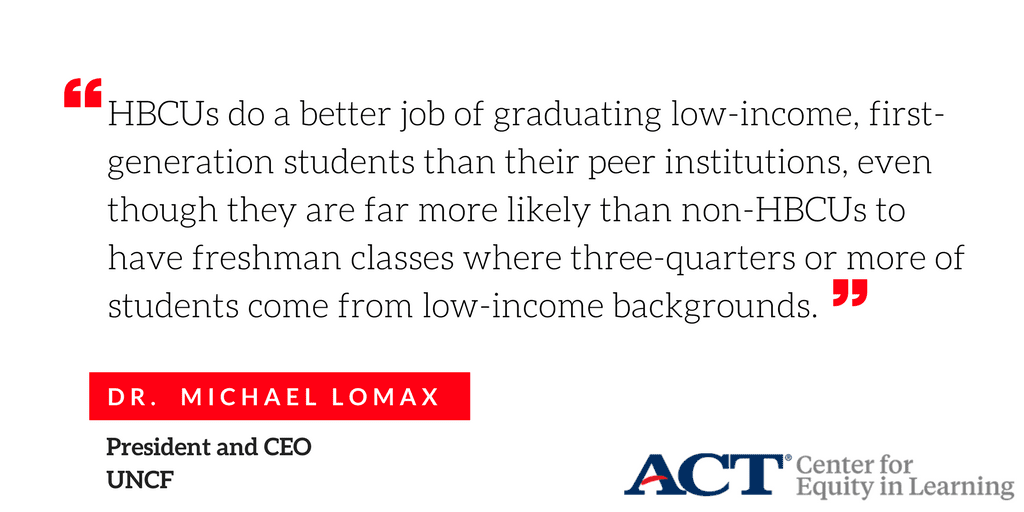 According to the report, there are 101 HBCUs in the United States, enrolling nearly 300,000 students. Approximately 80 percent of the students are African-American, and 70 percent are from low-income families. According to a recent piece by Dr.  Michael Lomax, President of UNCF, HBCUs “do a better job of graduating low-income, first-generation students than their peer institutions, even though they are far more likely than non-HBCUs to have freshman classes where three-quarters or more of students come from low-income backgrounds.”

These services and support help thousands of students earn Bachelor’s degrees from HBCUs each year. In fact, in 2014, HBCUs accounted for “24 percent of the degrees earned by African-Americans in STEM fields.” The report details the benefits this has on our economy. These include:

HBCUs have tremendous historical value and continue to play a critical role in the success of hundreds of thousands of students, local communities, and the economy at large. This report comes at a time when we must recognize this critical role, and is a great way for us to acknowledge the first day of Black History month today—a month recognizing and celebrating the role and achievements of Black Americans.