In Search of the American Dream 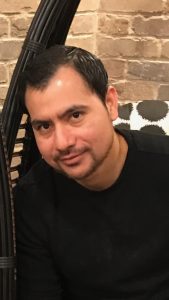 I am a first-generation immigrant and college student. I come from a small poor town in Guatemala where opportunity and a future look dim and dark. However, despite the fact that our home was filled with love and aspiration, these circumstances made it difficult to see a bright future. My father faced many decisions, one being our future. He made the journey to the United States seeing a bright future for our family. After living in the states, he decided to bring us over to achieve the American Dream.

At the age of twelve, I arrived in the U.S., beginning middle school in New York. I worked hard learning English while also playing soccer. My father worked several jobs to keep us going. In 2005, my father’s main place of employment closed indefinitely forcing us to move to Virginia for better opportunities. Once we arrived in Virginia, the teachers and administrators at my new high school were not as welcoming. The school told my parents that I would not do much there, placing me in an entry English as a Second Language (ESL) class even though all my other skills exceeded their testing. My high school counselor told my parents that I would ever attend college because of my heritage. With this heartbreaking news, all my efforts to learn and succeed were placed on the back burner. My father, on the other hand, told me to prove them wrong, encouraging me to do well in my studies to go to college.

I finally graduated from high school in 2005 enrolling in Northern Virginia Community College (NOVA) where I found my mentor professor, Dr. Stephen Wofsey. He saw something in me that at one point I did not see in myself – potential to do great things. Since I could not afford to just go to school, he worked and guided me to manage my time with school and work. I worked as a pharmacy technician with a crazy schedule. I graduated from NOVA in 2016 then transferred to George Mason University. Now two years later, I will be graduating with a Criminology, Law, and Society degree. 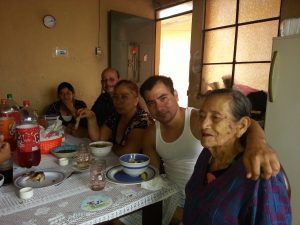 With all the injustice that is currently going on in the world, I wanted to focus on how I could make a change in the community. I want to join the public service sector where I know our people are needed. I want to be part of a positive change both with the police force and later the FBI. I aspire to reach my goals to achieve the American Dream to be an example to the younger generation that nothing is impossible to achieve. With positive people in my life, I have been able to face these obstacles and been able to keep moving forward. Through my work, I will try to inspire and encourage others the same way my father and mentors have for me. From a small town in Guatemala to my future as an FBI agent, I will do all I can to make this world a better place for all.

Oscar Miranda is a proud first-generation college student where he presently attends George Mason University and will graduate this fall. His focus is in public service, with an interest in Criminology. He wants to pursue a career with the FBI to focus on making this his stamp on the world. He is a Hispanic Scholarship Fund  (HSF) Scholar, a member of Phi Kappa Phi Honor society, and has made the Dean’s list every semester while at George Mason.