My #WhyApply: Following The Path Of Those Who Came Before Me

By: Stephanie Owens, director of programming, Reach Higher at the Common App 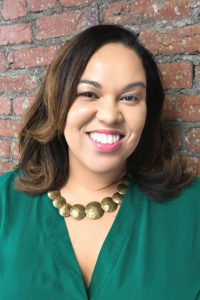 This past summer at the National Association for College Admission Counseling (NACAC) Guiding the Way to Inclusion conference, one of my co-presenters started her PowerPoint slides with her #WhyApply. It was a quote that drives her work with students, gives her mission, and helps her on the harder days. I’ll be honest: for the next few moments I stopped paying attention to her presentation, and I started thinking about my “why.” The answer was easy: Ira and Antoinette.

Howard University has been part of my life for as long as I can remember. Growing up in Washington, D.C., it was more a part of my life than any other historic institution, more than the White House or the Smithsonian or any other place entertaining more tourists than locals. Ira Crawley and Antoinette Turner, my grandparents, met at Howard during the 1940s. They were young admits, both having skipped grades in their youth. I imagine them romantically locking eyes across the Yard, with my grandfather falling in love with my grandmother’s adventurous side (she was destined for the drama department) and my grandmother smitten by my grandfather’s suave southern charm. 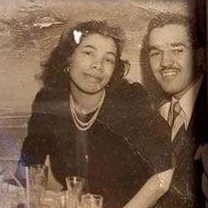 Their marriage led to the birth of two children: Ira III and my mother Renée (Howard class of 1970). Uncle Ira joined the Air Force after high school, following in the footsteps of our family’s history-making heroes, Tuskegee Airmen Leon and Leonard Turner, twins who graduated from Howard before serving in WWII. Their younger brother, Frederick, also went to Howard where he met Carmen Turnerwho became the first African American woman to lead a major transit agency when she was appointed the general manager of Washington Metro Area Transit Authority, also known as the Metro. My grandmother’s older sister, Geneva (the woman who taught me to read and set me on a path to love classrooms, teaching, and learning), attended Miner Teachers College, a school for black women learning to teach black children in a segregated country.

Howard University has now been part of the Turner/Crawley family for four generations, as my cousin’s daughter is currently a junior there. I expect in twenty years or so there will be a fifth-generation bleeding Bison Blue.

I share my family tree because it is my legacy. I grew up hearing stories of tough classes in the math department, fun parties at the Punch Out, and protests in the Administration building. Most importantly, though, infused in all of these tales was the understanding that Howard changed the trajectory of my family. That first generation went, and as a result, their children and grandchildren were able to go, too. Living as black people in a segregated world as second class citizens—even with the comfort afforded to them with college degrees, military accolades, and history-breaking titles—caused them pain that I’ll never know. How dare I not live up to my potential and my greatness? And how dare I not spread the gospel of the joys and even the pains of a college education and experience? 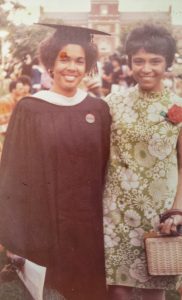 When my co-presenter talked about her “why,” and I thought about my grandparents, I also thought about Mia and RJ, my niece and nephew. They don’t know what college is yet, but both of them already have shirts for College Signing Day from their mom and dad’s alma mater. They have become my “why” for every good thing I do. I want this world to be a better place for them and their generation. I want them to experience intellectual curiosity, technological advances that support world peace, an end to hunger, and a healthy planet. I want them to be great and experience greatness however they choose to define it. And when they ask me why they should apply to college, I’ll start with the story of their ancestors and remind them of all the doors that college will still open for those who finish.

Stephanie Owens and classmates at her 2006 graduation from the University of Pennsylvania.

The great thing about this is that my story isn’t truly unique. College changes the trajectory of lives for generations. And that’s why I dedicate every day to helping increase the number of students who go to and complete college. So, I ask you this––why NOT apply?This November, Common App and Reach Higher are celebrating College Application Month and will co-host an #IApplied Twitter chat on Thursday, Nov. 7 at 2:00 p.m. EST as partners of the American College Application Campaign. Join us on social media by encouraging students to turn their #WhyApply into #IApplied.

And I can’t let them down.

Stephanie Sprow Owens serves as the director of programming, Reach Higher at the Common App. In that role, she leads campaigns to support students’ efforts to go to and complete college and serves as an advisor to former First Lady Michelle Obama regarding high school and postsecondary completion. Previously, Stephanie served in multiple roles at the U.S. Department of Education under President Barack Obama’s administration, most notably with Mrs. Obama’s domestic education initiative. Stephanie also served at the Alliance for Excellent Education in Washington, D.C., and at the School District of Philadelphia. She earned a bachelor’s degree from the University of Maryland, College Park and a master’s degree from the University of Pennsylvania.