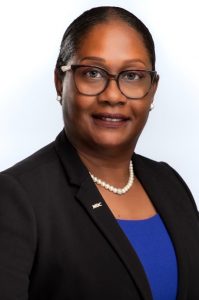 Miami Dade College (MDC) was one of only 10 institutions to receive Excelencia in Education’s 2021 Seal of Excelencia certification for strong evidence of college and career success with Latinx students through data, practice, and leadership benchmarks. Through ACT’s long collaboration with Excelencia, I was fortunate to attend the October award event and interact with the recipients.

Dr. Malou Harrison, executive vice president and provost at MDC, stood out as a woman who sets goals, establishes plans, and achieves results through her passion for taking action to increase the success of all students. She has been in her role at the country’s largest, most diverse higher education institution since August 2013. As a member of its executive team, she helps set academic and student affairs priorities. MDC is a historically two-year system that added four-year degrees in 2003, and confers more associate degrees than any community college in the U.S.

It became clear through our conversation that Harrison’s progress in accelerating success for Latinx students is only part of her intentional efforts to increase the success of all students from traditionally underserved populations at M DC, work that is especially vital as enrollments decline nationwide, particularly at community colleges and among Black students.

This month, new National Student Clearinghouse data showed that despite Black students showing the largest jump amid a rise in six-year college completion rates, they are still less likely to graduate than their White or Asian peers. And while undergraduate enrollment continued to trend downward across all sectors, some of the steepest drops were at public two-year institutions.

Meanwhile, Education Trust notes that just 41% of Black students enrolling as first-time, full-time freshmen earn bachelor’s degrees from the same institution within six years — a rate 22 percentage points below that of White students.

In its inaugural year, the program provided academic and co-curricular experiences, as well as support services, that enhanced the intellectual and social capital of 130 students, with a 98% persistence rate from fall to spring term. Fifty of these scholars also earned official Florida Ready to Work certification. Each student had an opportunity to intern at the Miami-Dade Public Defender’s Office and attend cultural and local chamber of commerce networking events.

Students in the Presidential Scholars program, meanwhile, receive a scholarship that pays full tuition and fees covering up to 60 credits toward an associate degree. This group meets with President Pumariega, distinguished alumni, and other industry leaders, and gets access to assigned advisors and support in areas such as learning, career, and student life.

The college has also seen an improvement in Black students’ academic performance through an “Early Alert” system, which allows faculty and support teams to work collaboratively to provide proactive and early interventions and resources to students. Once a faculty member issues an at-risk alert, it triggers an open case in the college’s student support and success platform, which is then assigned to a College Success Coach who connects the student to support services. Advisors can help students access tutoring, writing coaches, and other resources to boost achievement. In addition to at-risk alerts, faculty can also send kudos for students who are making positive progress or excelling in their courses.

Through these programs, MDC has created a robust ecosystem where opportunities and bright futures are possible for all students. The college found that Black students enrolled in 7.7% more credit hours in fall 2021 than they did a year prior. Additionally, first-time Black student credit hour enrollment increased by 12.2% during the same time frame.

Thanks to Harrison’s collaborative work, MDC is on its way to closing the achievement gap for Black students.