The Power and Promise of “Indigenuity”

Native American Heritage Month is observed in the month of November. We will feature stories from Native Americans, or institutions who serve them, and their journeys, their struggles, and their successes. 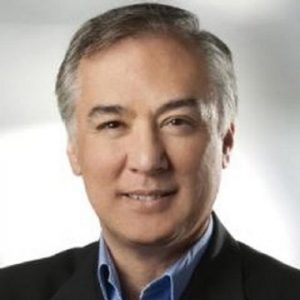 Over the course of a generation, between the mid-1970s and today, the number of American Indian, Alaska Native, Native Hawaiian, and Pacific Islander students who enroll in college has more than doubled. That is good news, of course, but as you will learn from our Guest blog contributors this month, the percentage of Native people between the ages of 25 and 29 who have completed an Associate’s or Bachelor’s degree remains below parity compared with other racial and ethnic groups in the U.S., and this is particularly consequential in an era when roughly 2/3 of new jobs in our economy will require education beyond high school.

During an earlier part of my career, when I served as the Director of Stanford University’s American Indian Program, one of my students – who earned a degree in engineering before pursuing a career in stand-up comedy – created the word “indigenuity” to describe the creative genius of indigenous people in facing adversity, and crafting new solutions by drawing on their cultural traditions and knowledge. This month, we are proud to introduce you to a group of innovators and leaders who apply their indigenuity to the task of helping Native students prepare for their futures, and create the spaces, relationship networks, and experiences that will propel them forward in their lives.

As a first-generation, mixed-race college student several decades ago, I think that my peers and I did the best we could with what we knew at the time. And as we learned new things we shared our insights with others, braiding together our knowledge to create something stronger than what we’d initially found. That work has grown and advanced, and been nurtured and guided by many people, in many places, over the past few decades. Together and individually, we continue to work toward Native Student success across our various areas of expertise and experience.

Having recently spent time at a convening organized by the American Indian College Fund (@CollegeFund) with several young educators who are now leading the work and providing new thought leadership, I know that the present and future are in good hands and that indigenuity is alive and well in the Native community.