The Role of HBCUs in Our Nation’s Success 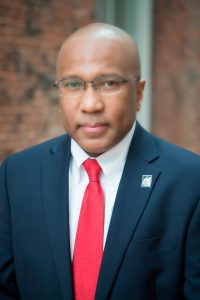 Historically Black Colleges and Universities (HBCUs) are congressionally defined as “…any historically black college or university that was established prior to 1964, whose principal mission was, and is, the education of black Americans, and that is accredited by a nationally recognized accrediting agency or association…” The majority of HBCUs originated between 1865-1900, with the greatest number being founded in 1867, two years after the Emancipation Proclamation. Since their founding, HBCUs have continued to serve their core constituencies of black Americans, many of whom are first-generation college students, and are becoming increasingly more diverse. HBCUs are historically Black but not exclusively Black.

HBCUs offer culture, a rich history, and rigorous academic programs. They prepare graduates for success in their careers and adult lives often at a much more affordable cost. HBCUs serve as engines of economic development and as centers of research, social discourse, and intellectual thought.

These schools are the bedrock of the Black community, having helped to create the Black middle -class and some of the country’s greatest leaders, doctors, lawyers, and public servants, though there are challenges that remain. Our nation’s HBCUs have one-eighth of the average size of endowments of historically white colleges and universities. Additionally, more than 75 percent of students at HBCUs rely on Pell Grants and nearly 13 percent rely on PLUS Loans to meet their college expenses.

Another unique challenge is enrollment. Today, there are more higher education choices for students and parents. The slower growth of student enrollment at HBCUs, compared to predominately white institutions, is the major factor affecting the sustainability of HBCUs. Other important challenges include the need to address the aging infrastructure and facilities on many campuses.

The Thurgood Marshall College Fund (TMCF) was founded by Dr. N. Joyce Payne in 1987 and remains the nation’s largest organization exclusively representing the Black College Community. TMCF’s 47 member-schools represent nearly 300,000 students, include the publicly-supported HBCUs and Predominantly Black Institutions, enrolling nearly 80 percent of all students attending Black colleges and universities. Through scholarships, capacity building and research initiatives, innovative programs, and strategic partnerships, TMCF is the go-to organization for major employers seeking top talent for competitive internships and full-time jobs. We also advocate for legislation, like the FUTURE Act, and other important bills that will promote college affordability, increase federal and state funding for HBCUs, and increase financial aid and support for students with financial need.

We believe HBCUs will always serve an integral role in the entire higher education system. Our objectives are to help HBCUs become more sustainable, to promote educational excellence, and to help HBCU students and alumni to succeed in college, in their careers, and in their lives by connecting HBCU talent with major corporations, organizations, and government agencies.

Dr. Harry L. Williams is the president & CEO of the Thurgood Marshall College Fund (TMCF). Prior to joining TMCF, he spent eight years as president of Delaware State University. Follow him on Twitter at @DrHLWilliams.