More than a decade ago, as part of ACT’s 50th anniversary celebration, ACT established the ACT Scholars Program, a pair of endowments to nurture the academic talent of graduate and community college students at the University of Iowa and Kirkwood Community College. These two institutions share ACT’s passion for helping all students achieve their ambitions in college and their careers. ACT emphasized scholarships for students from populations for which the cost of higher education could have presented a significant barrier to college access and accomplishments.

To commemorate the 10-year anniversary of the ACT Scholars Program, we contacted current and former ACT Scholars to learn how the full-tuition scholarships and perquisites affected their lives. From their inspiring stories, it’s clear that ACT’s $7 million investment ($5 million to the University of Iowa and $2 million to Kirkwood Community College) has enriched the college experience for the vast majority of the nearly 150 ACT Scholars to date. Explore the brief and infographic below, and learn more about their stories of success.

Watch the webinar celebrating the impact of the ACT Scholars program and the success of its recipients. 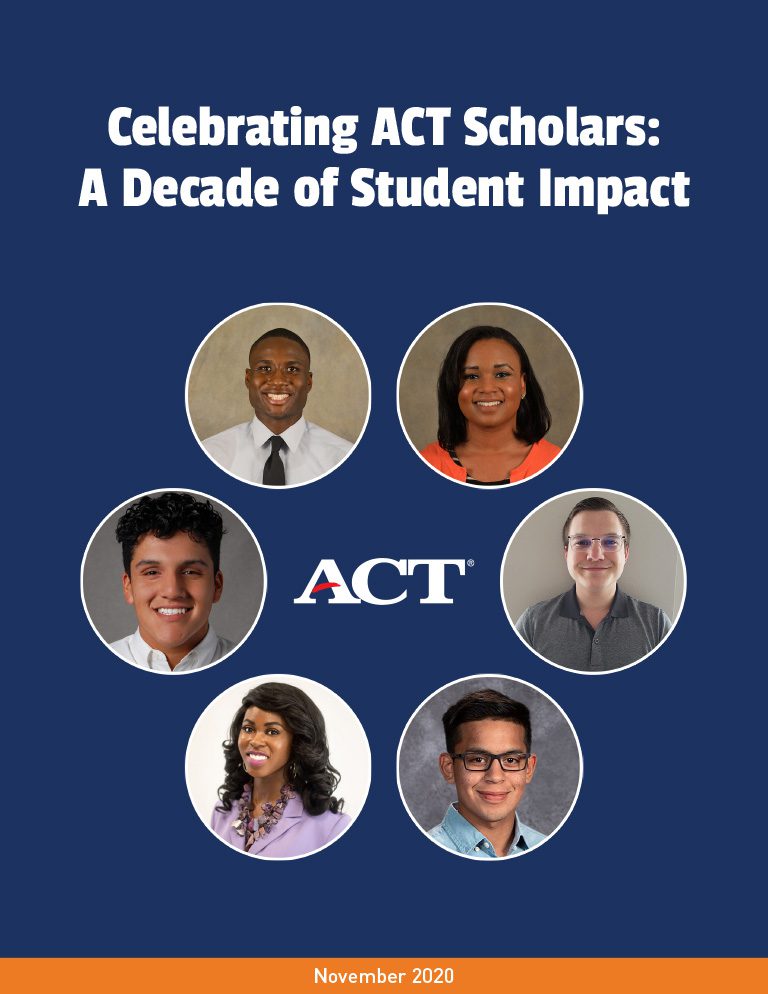 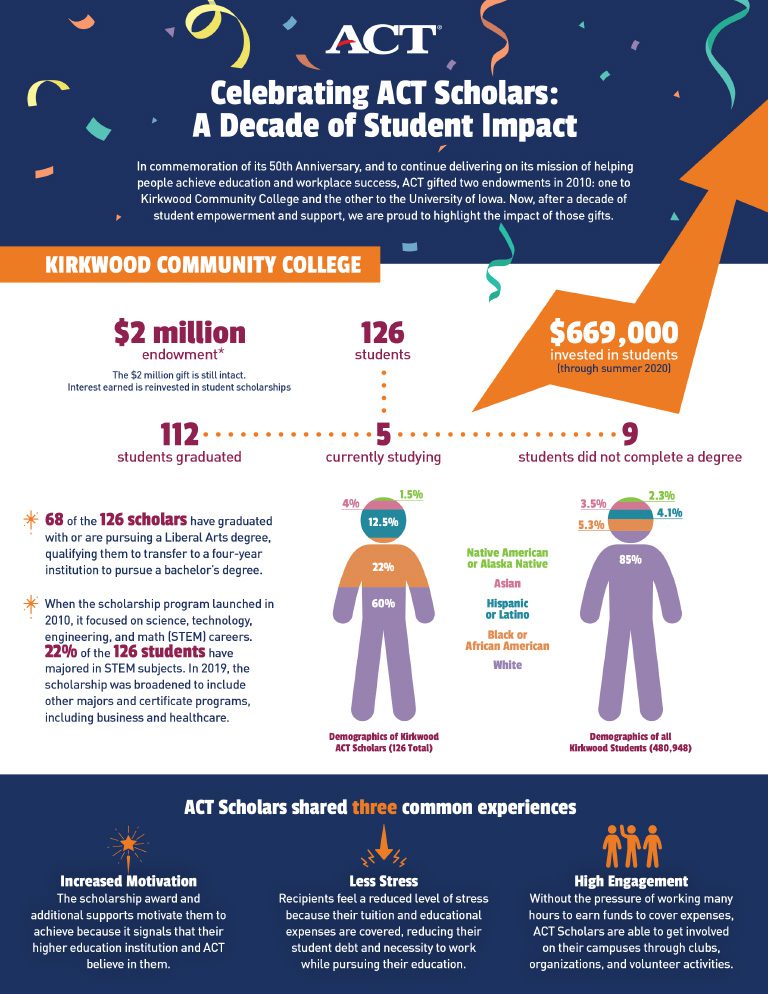